Students at the OJCS are continuing their journey through time, and our next stop is Ancient Greece. Grade 2 learned about what life was like in ancient Greece and some of the things that were created during that time period such as Philosophy, and the Olympics.

We spoke about how the Ancient Greeks did not believe in one God. They believed in many gods and goddesses, each being responsible for specific things. Among them were: Zeus god of the sky, Athena goddess of wisdom, Hades god of the underworld and more.

For our art project, we focused on Poseidon god of the sea. Poseidon is the brother of Zeus and Hades. His main symbol is the trident, a three-pronged spear. Poseidon was the protector of those who travelled the sea. He could make the water calm and create islands for lost travellers. When angry, he caused shipwrecks and earthquakes. Poseidon was also known as the father of horses and had a special connection with them.

Our artwork began with drawing Poseidon in oil pastel. Then we painted over everything with liquid watercolour creating a watercolour resist technique making Poseidon appear to be underwater. Finally students chose painted paper and collaged sea plants and creatures into their masterpieces. The results were fantastic! 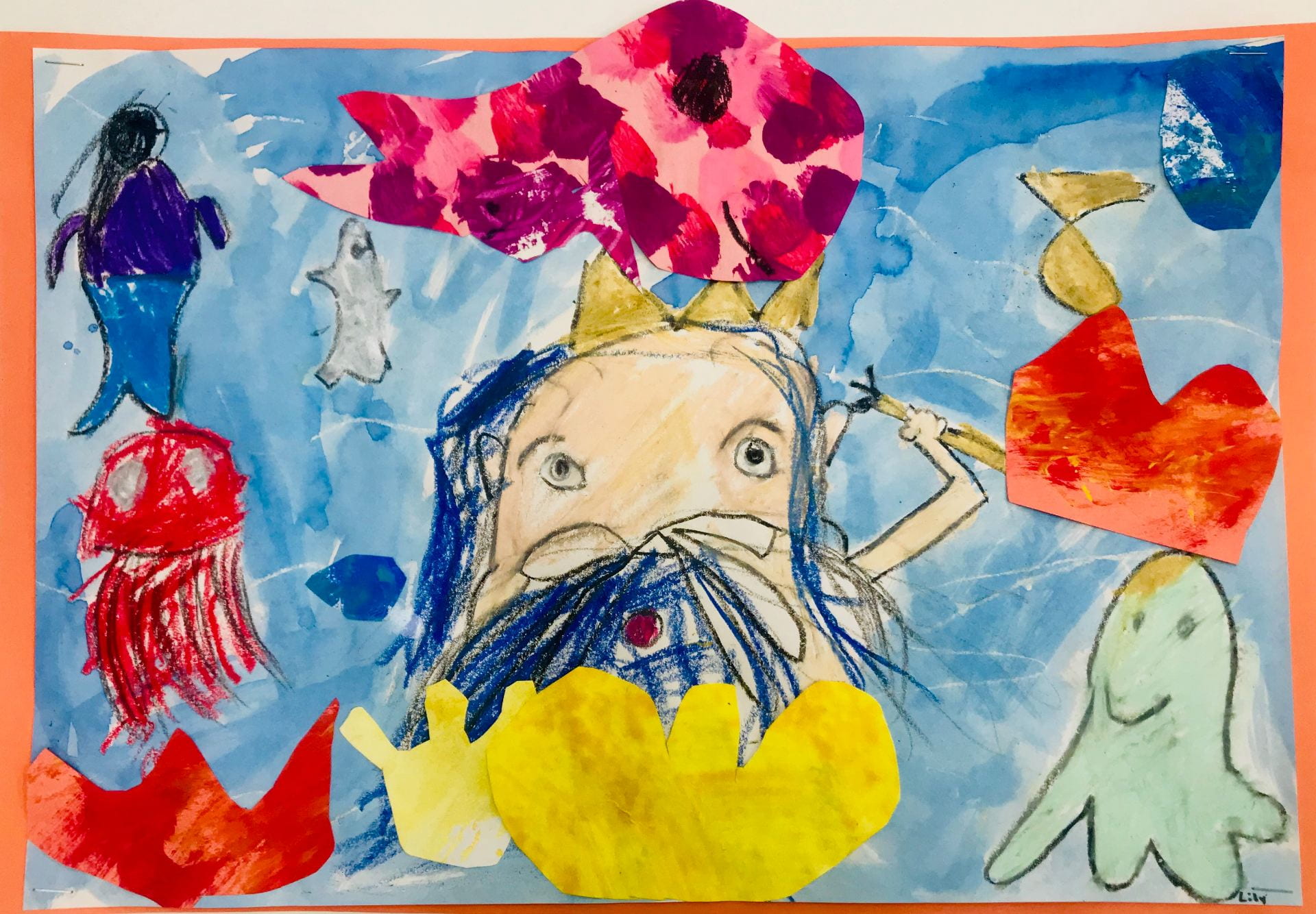 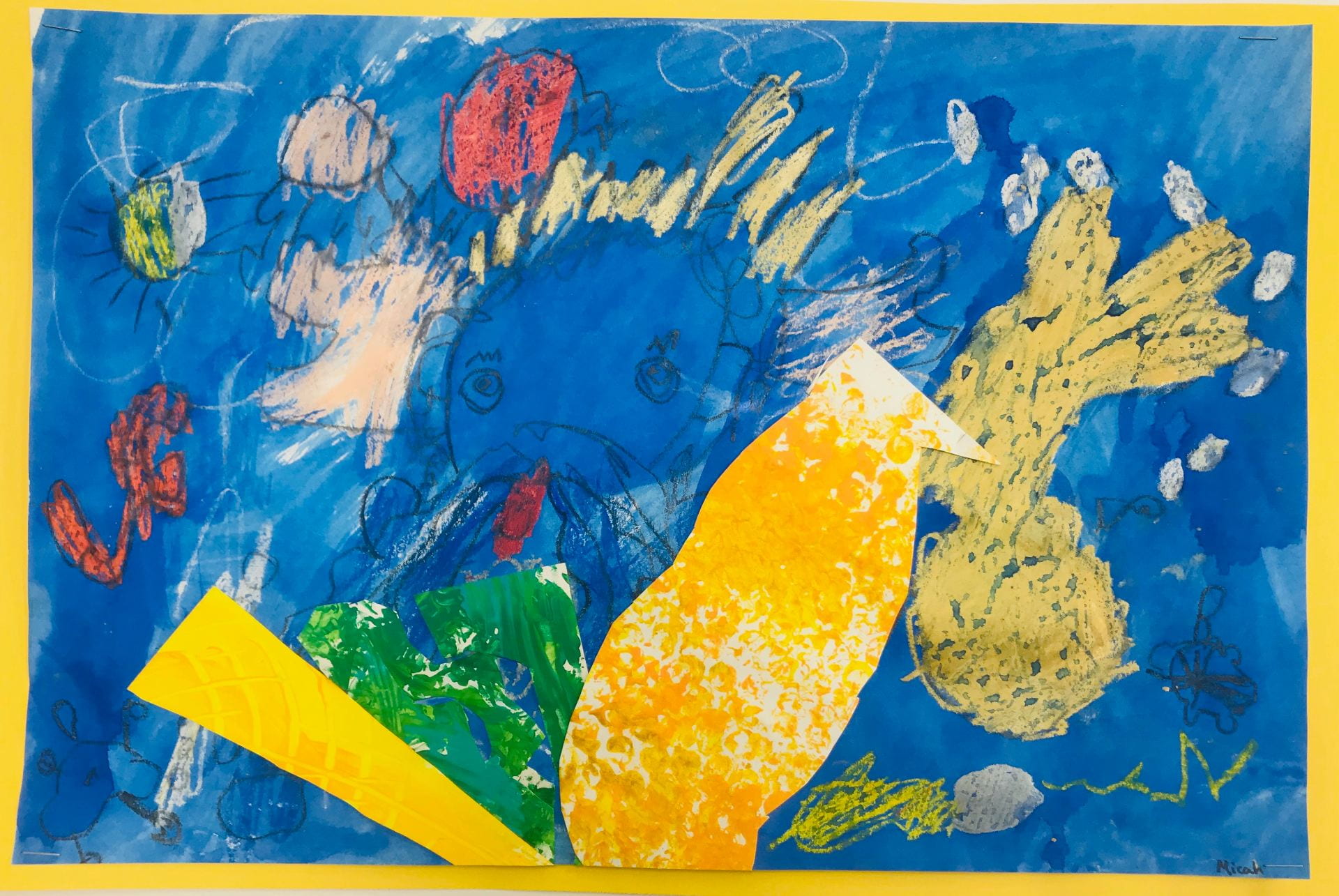 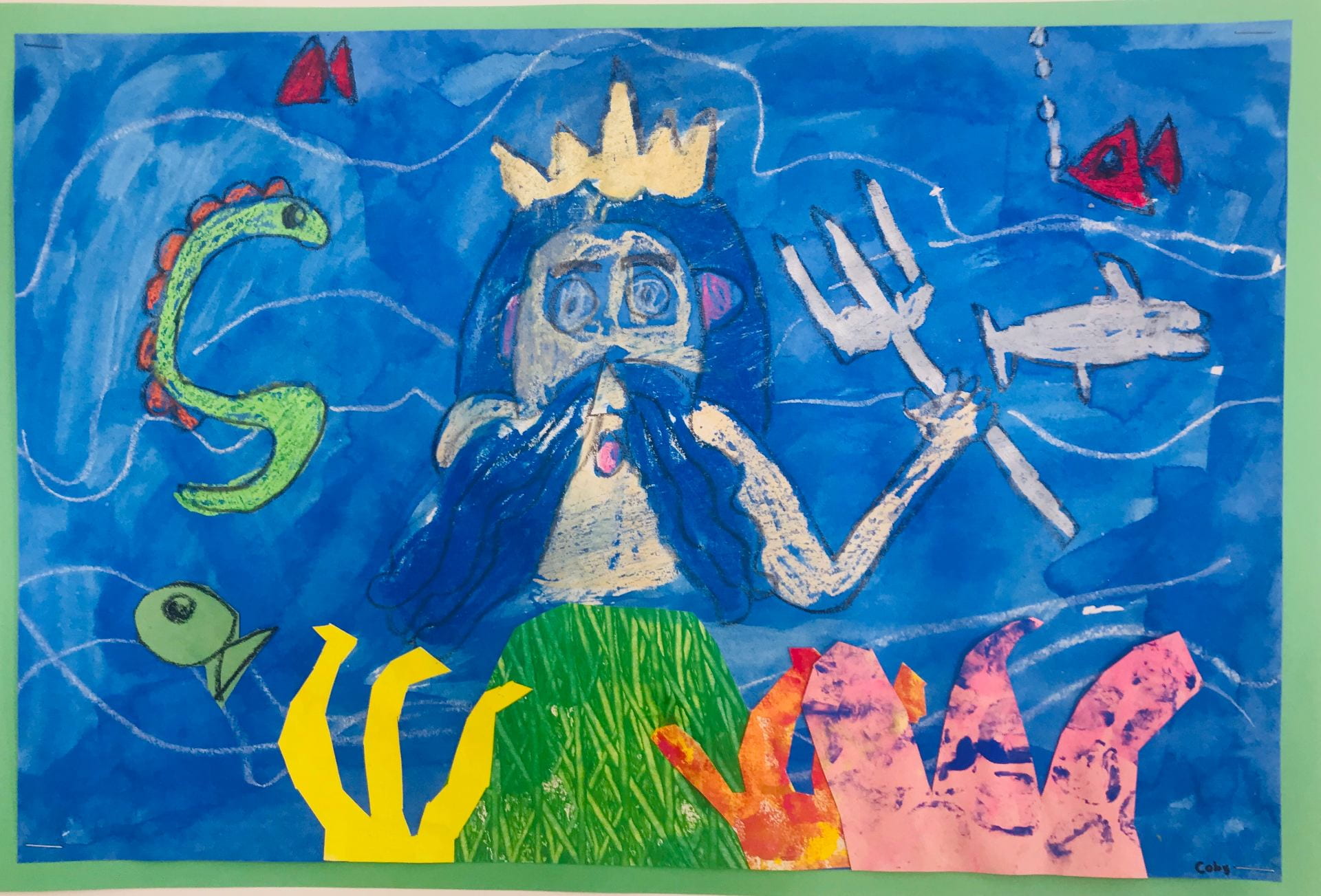 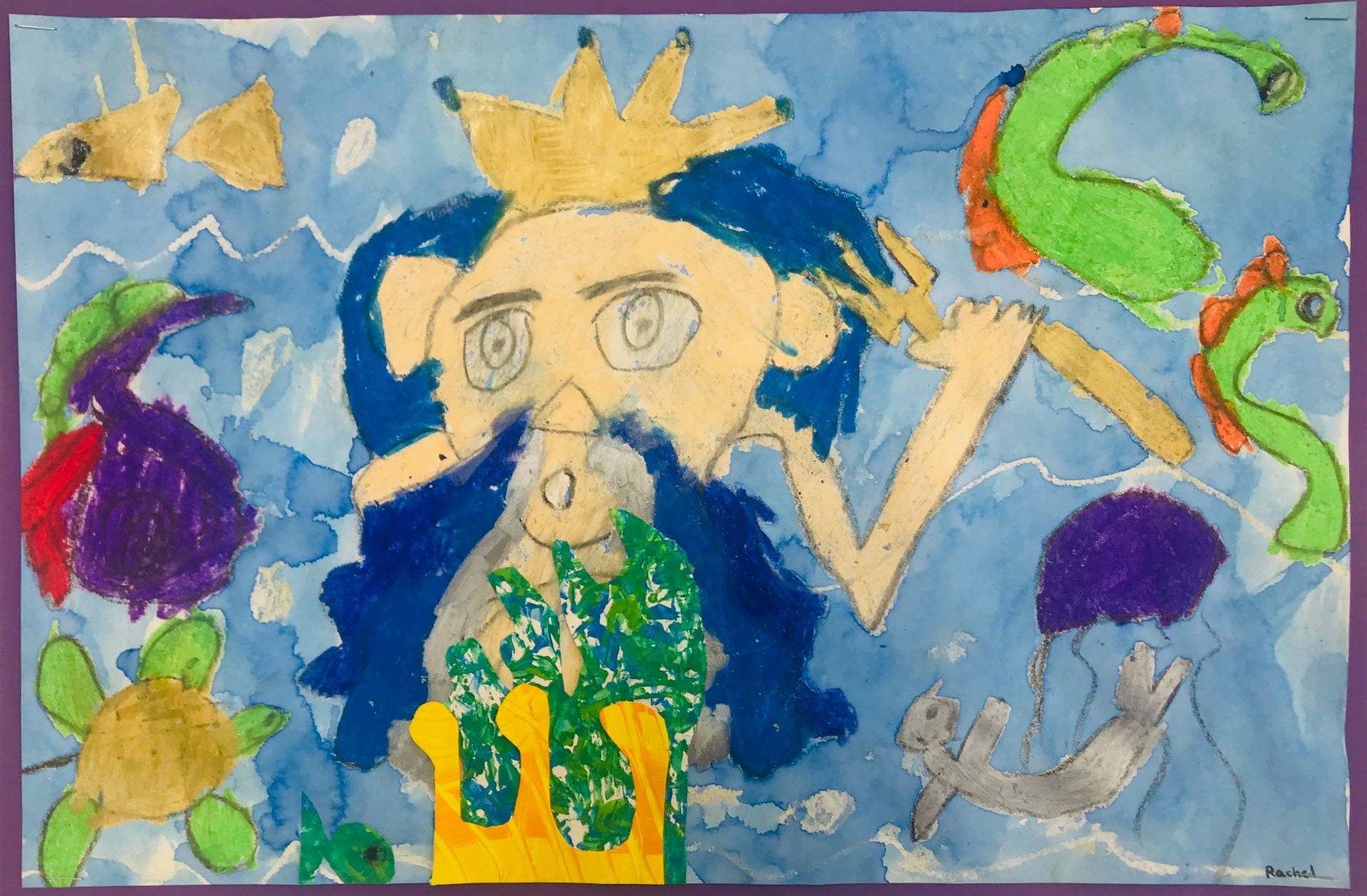 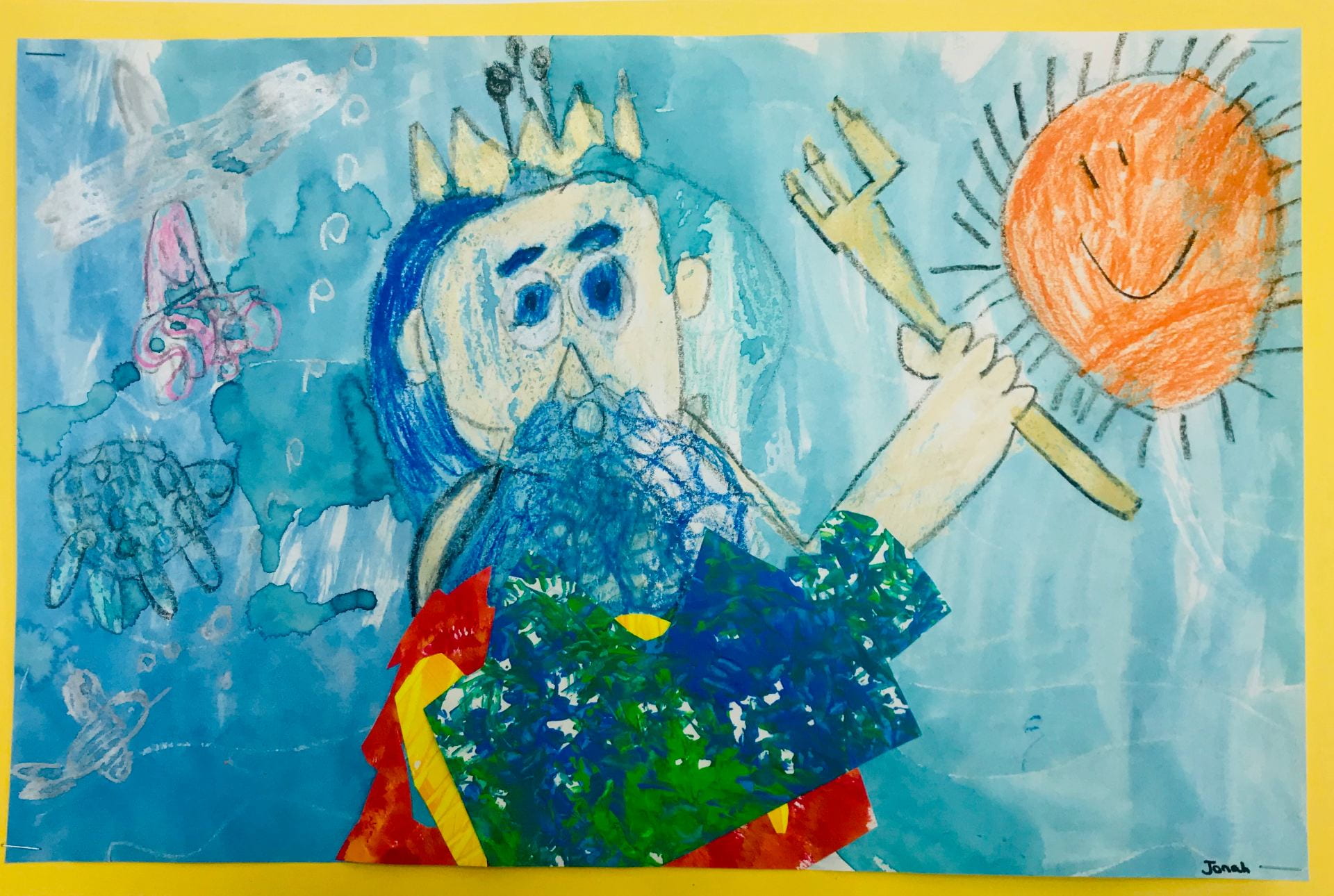 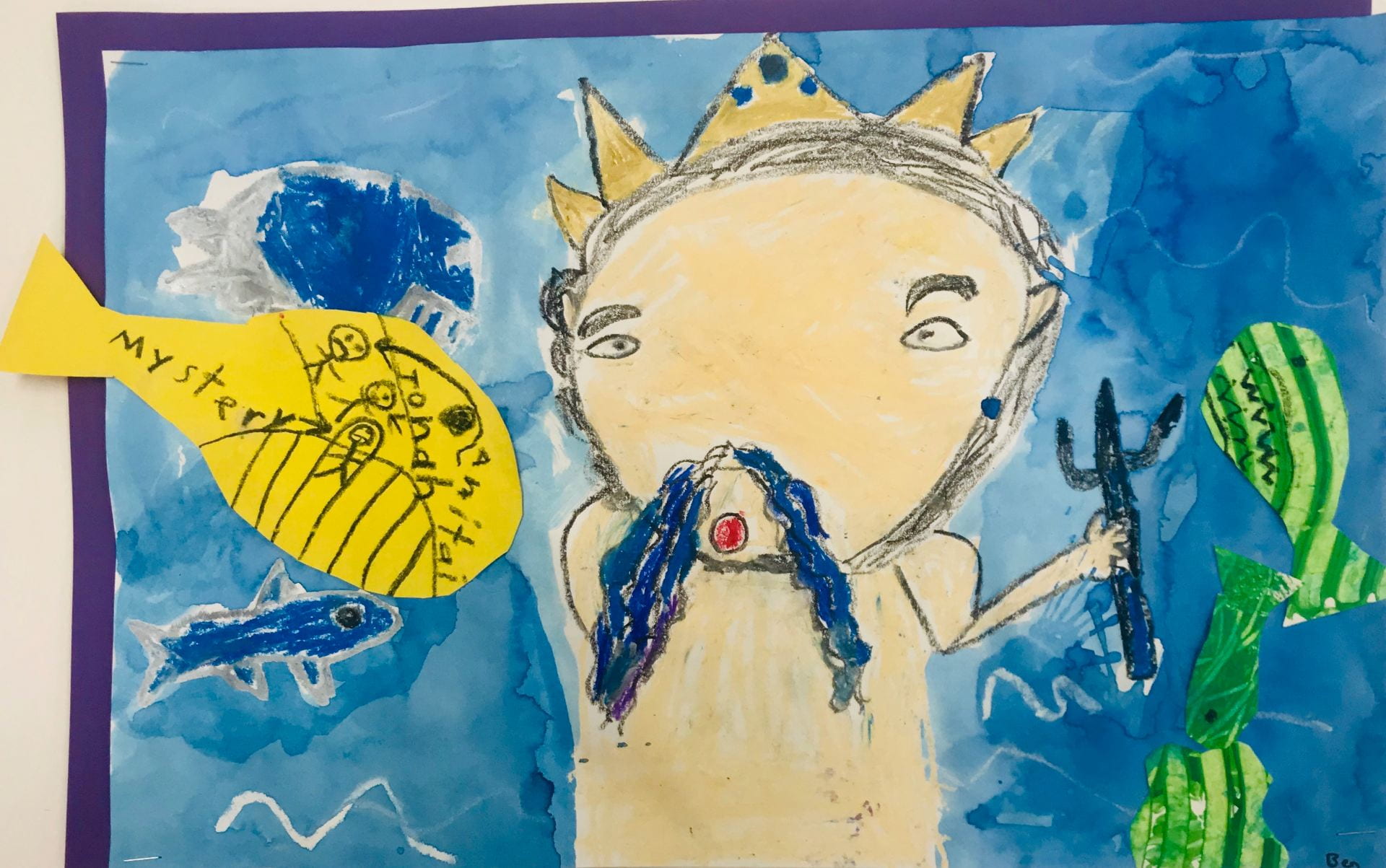 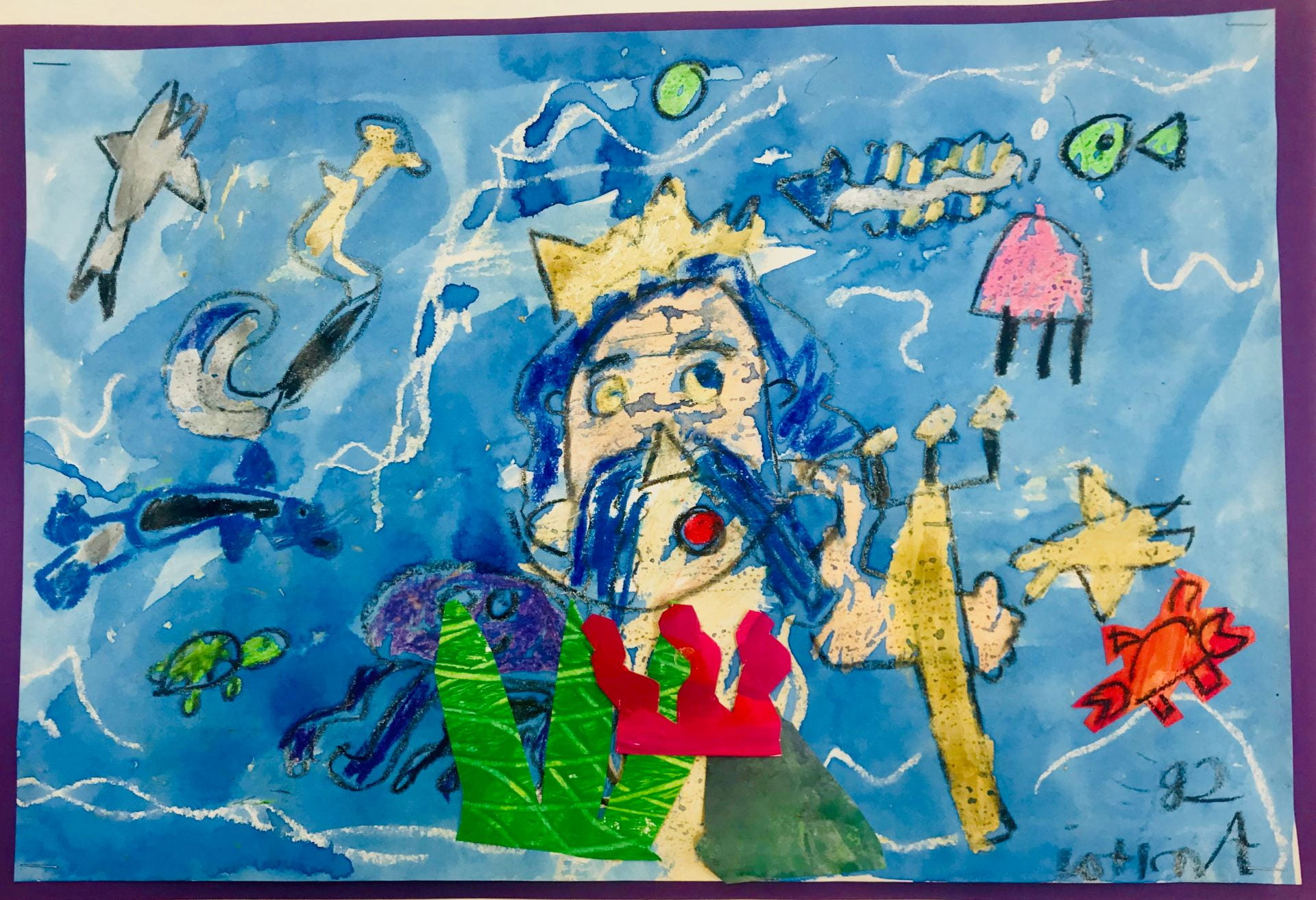 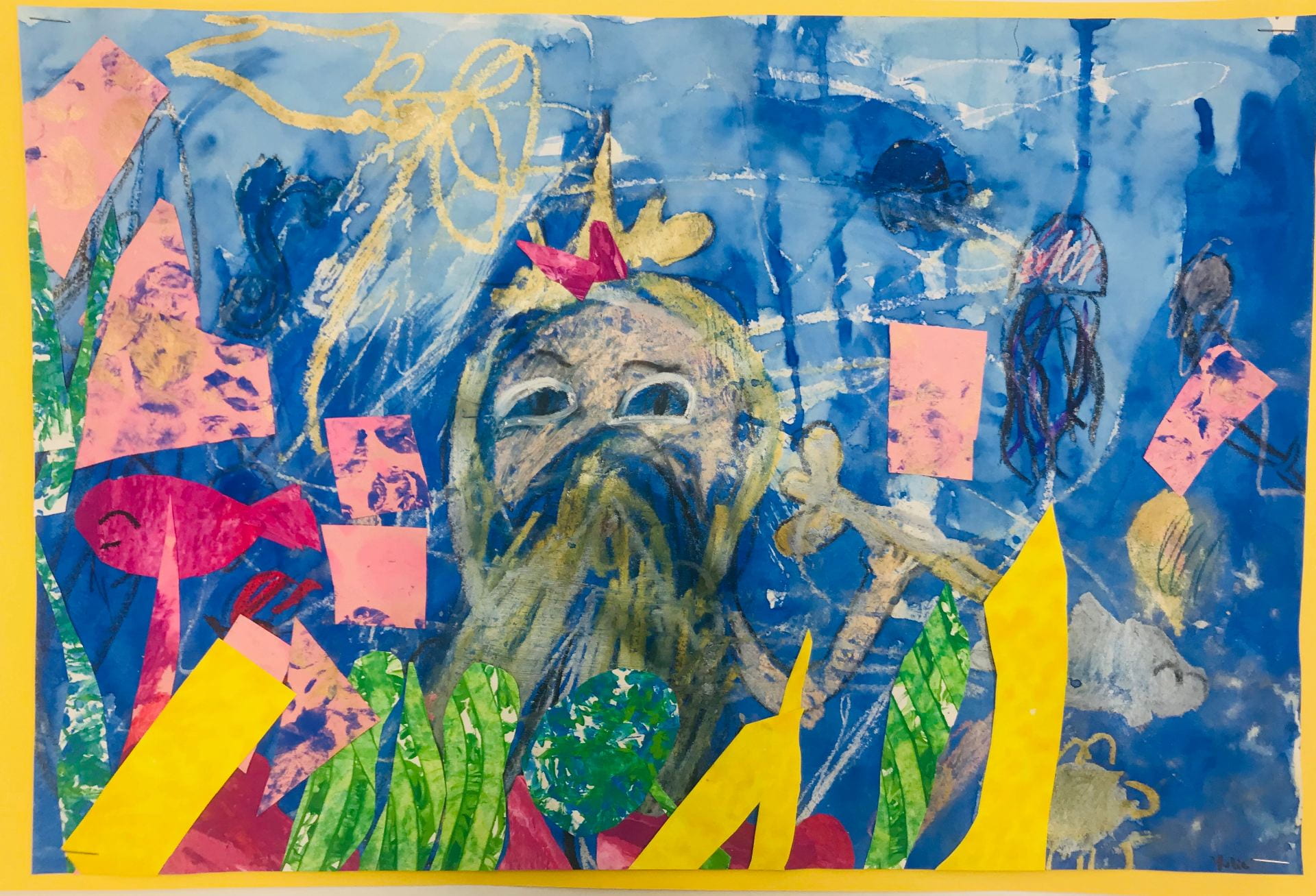 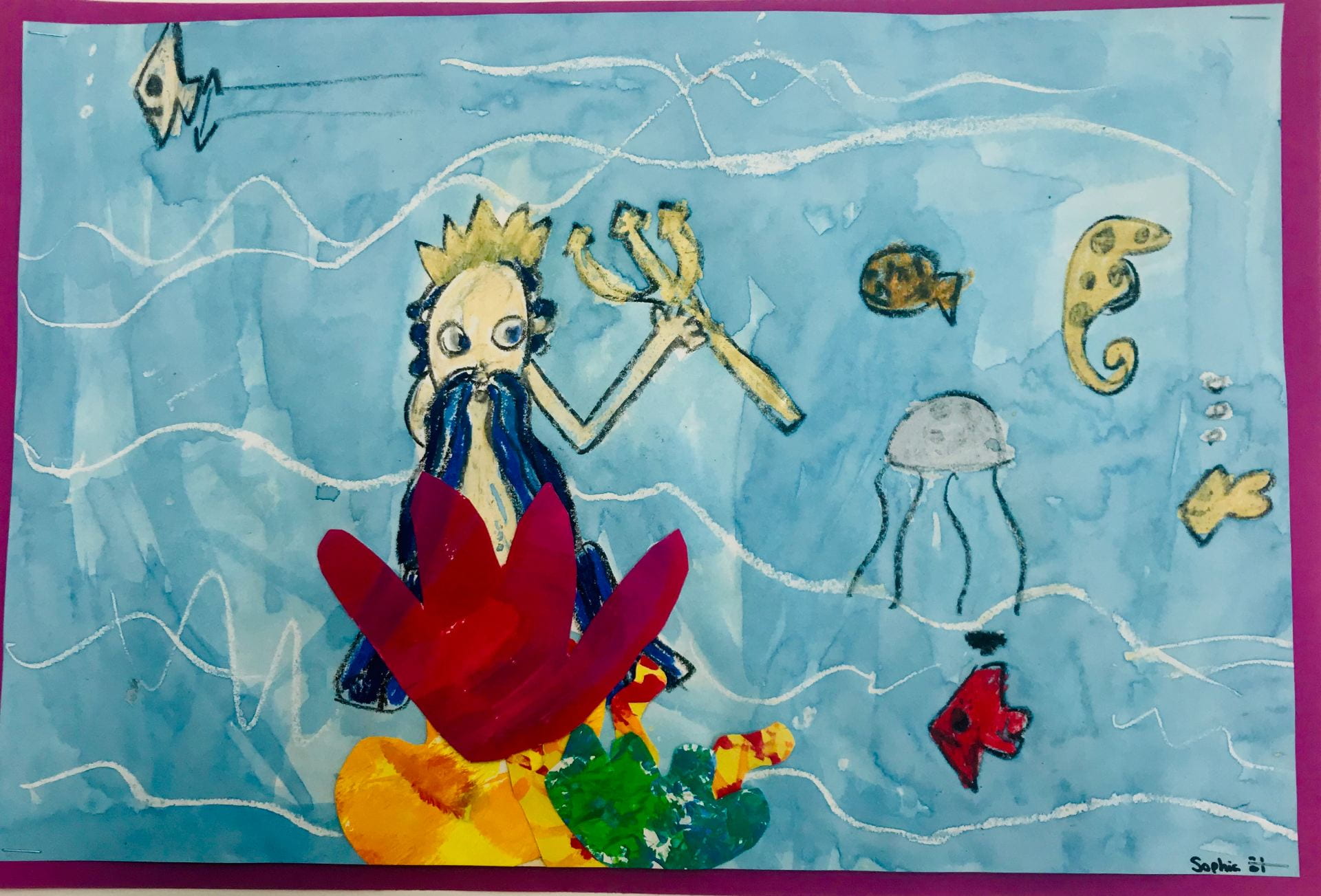 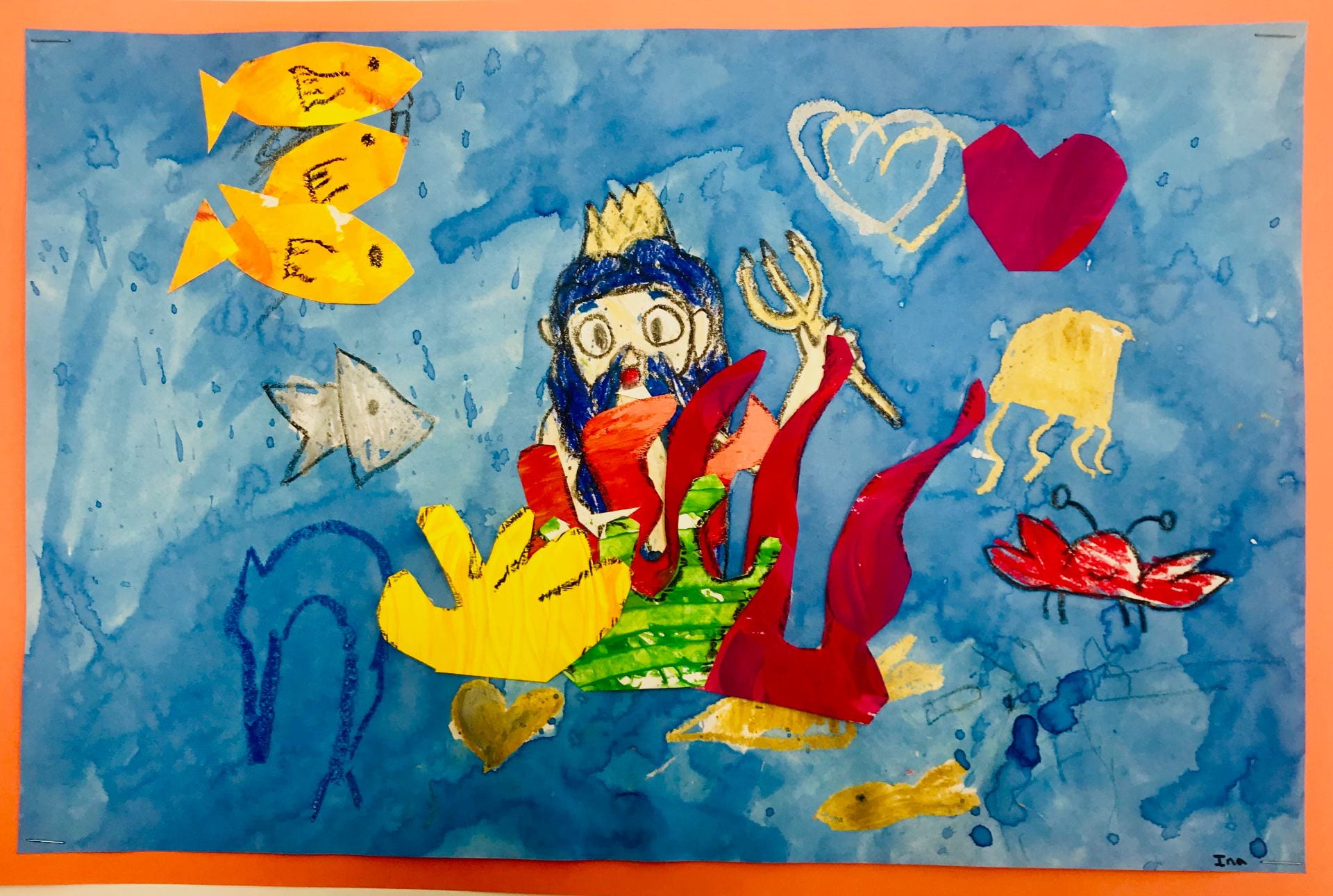 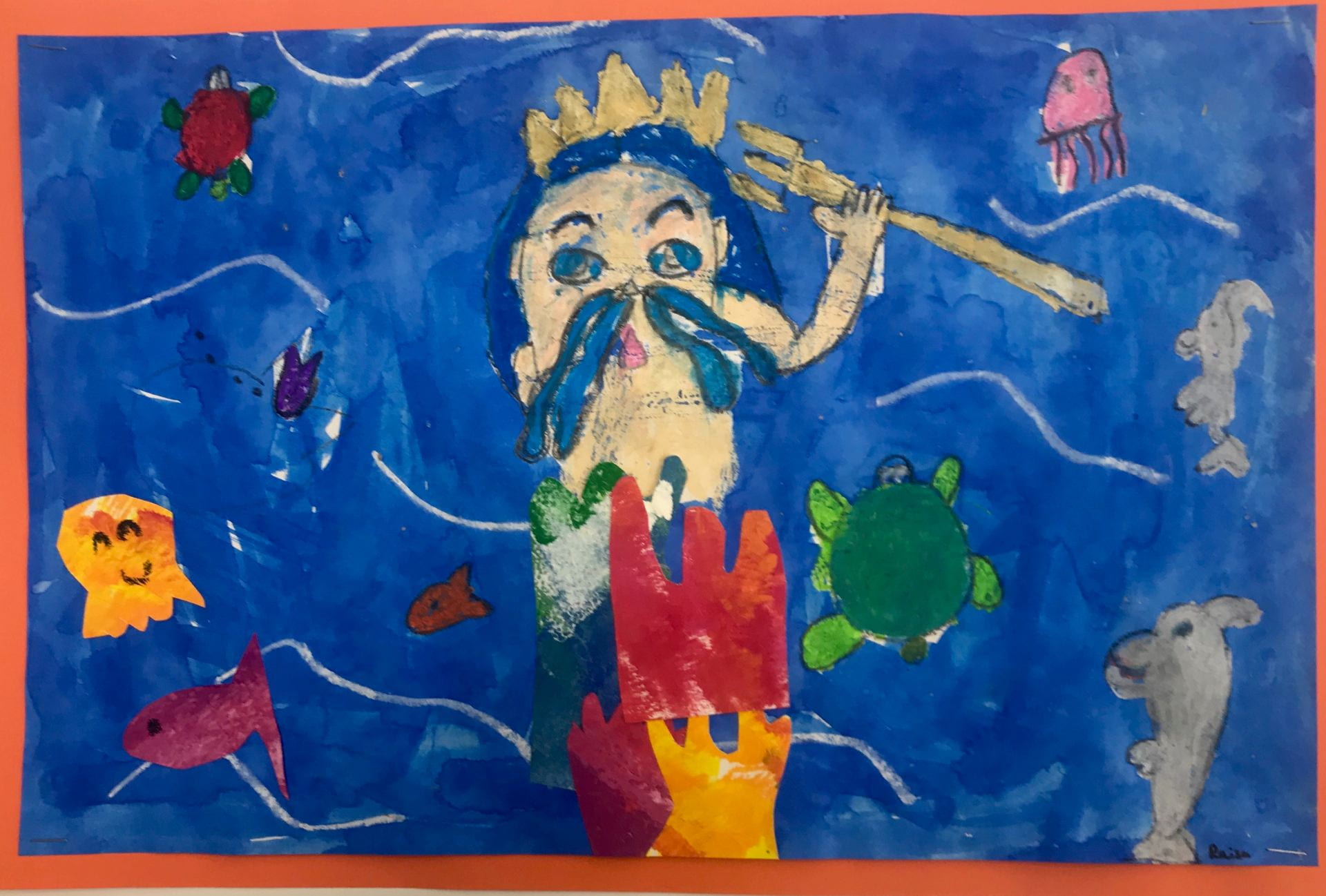 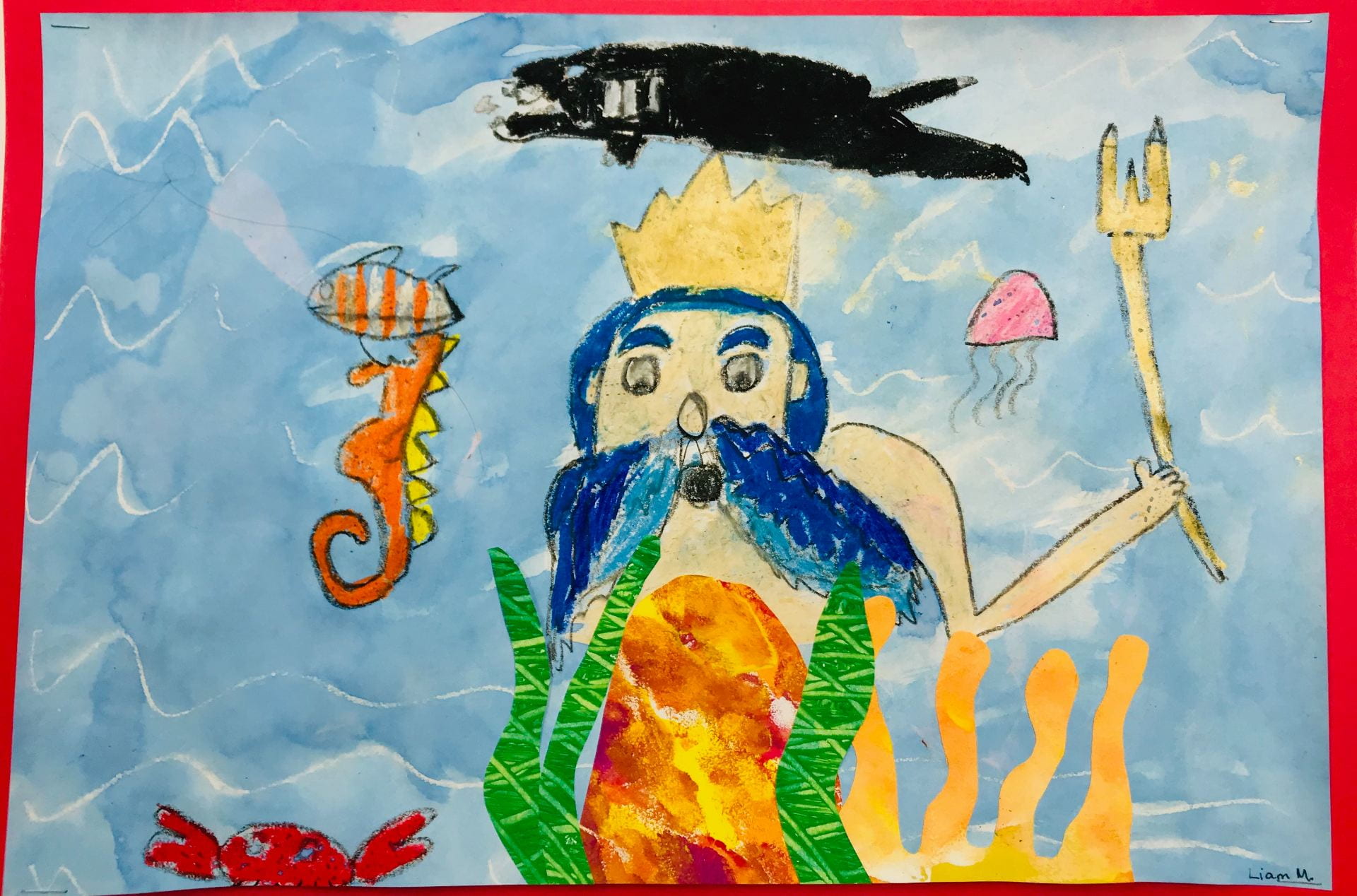 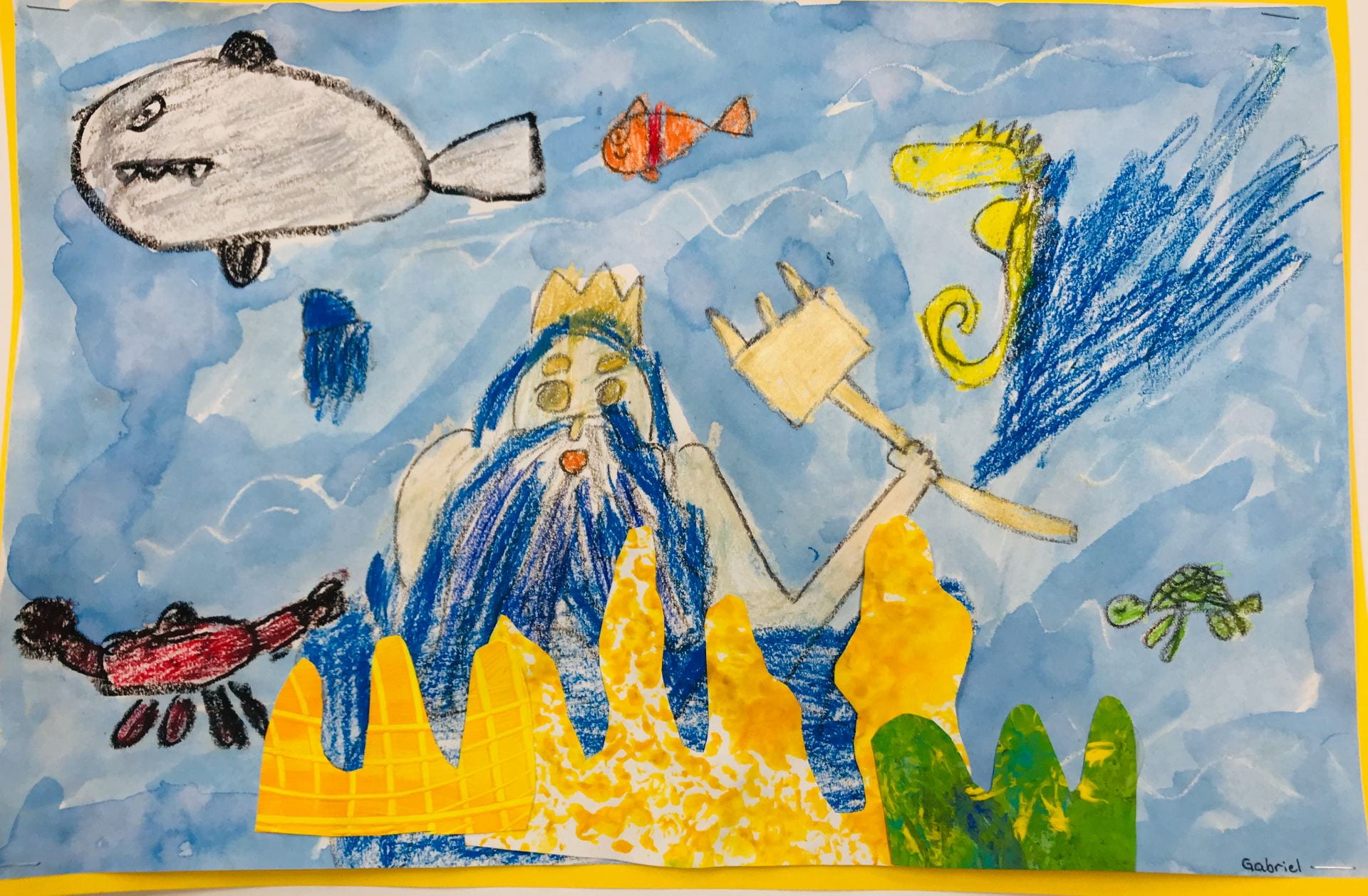 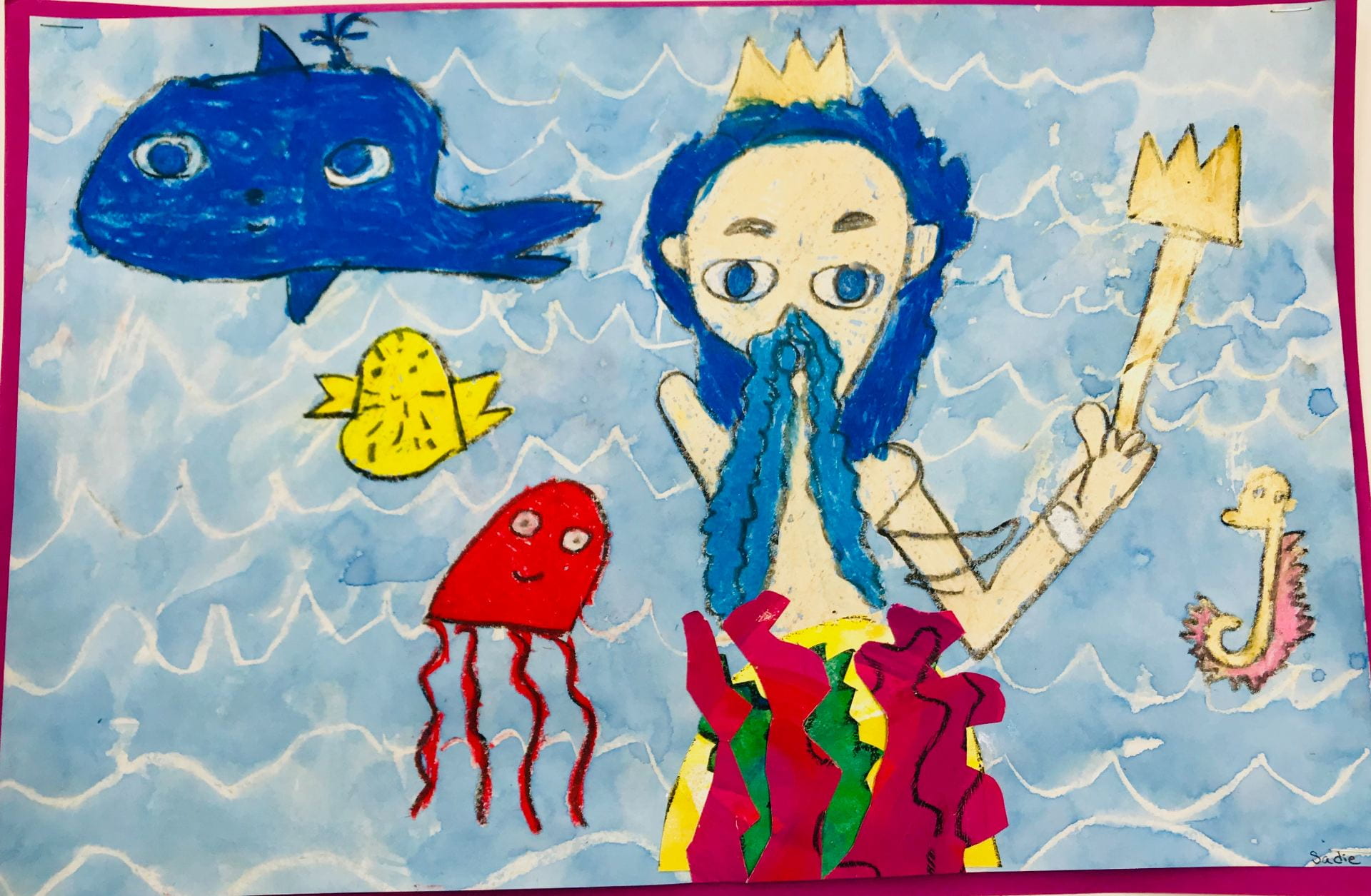 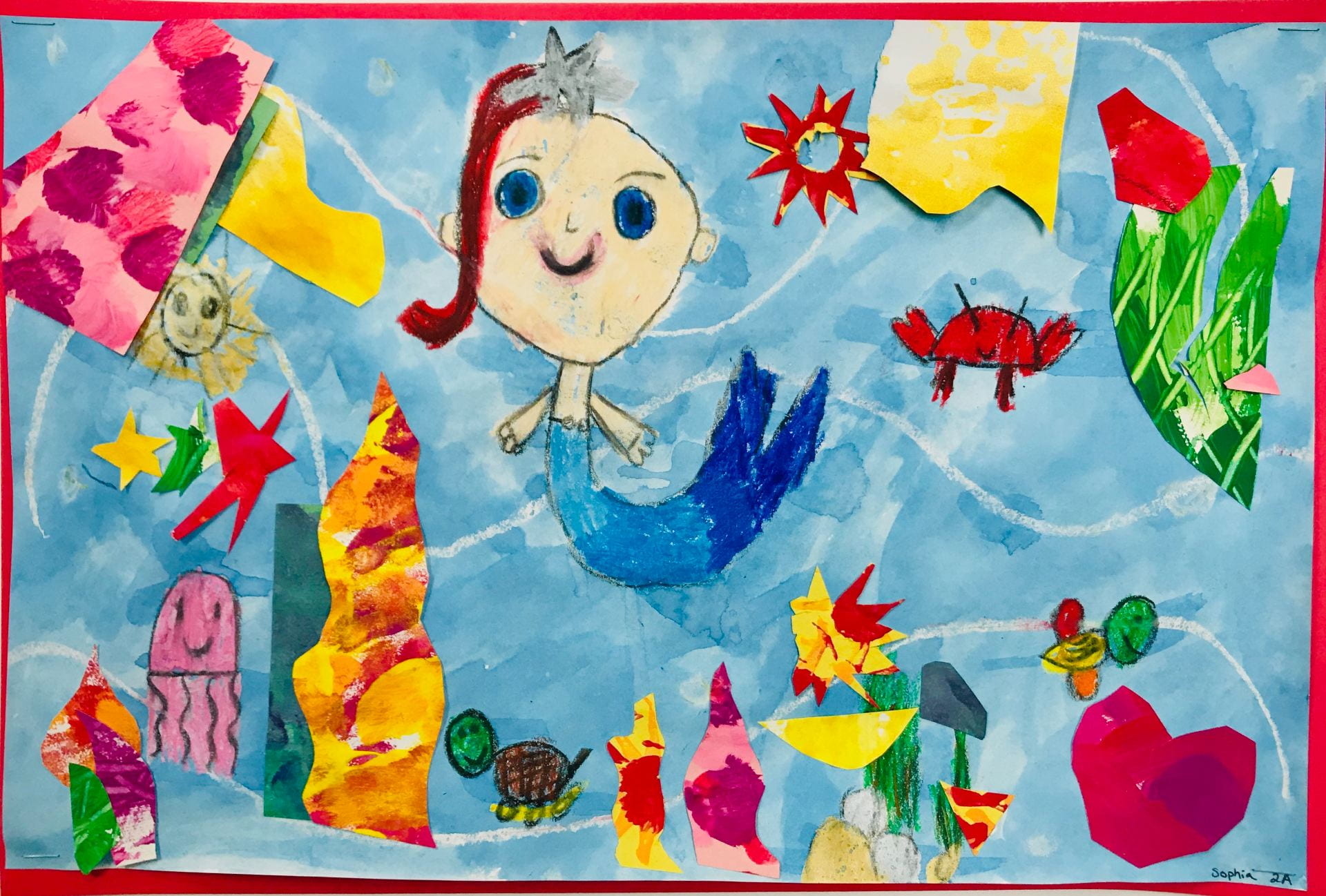 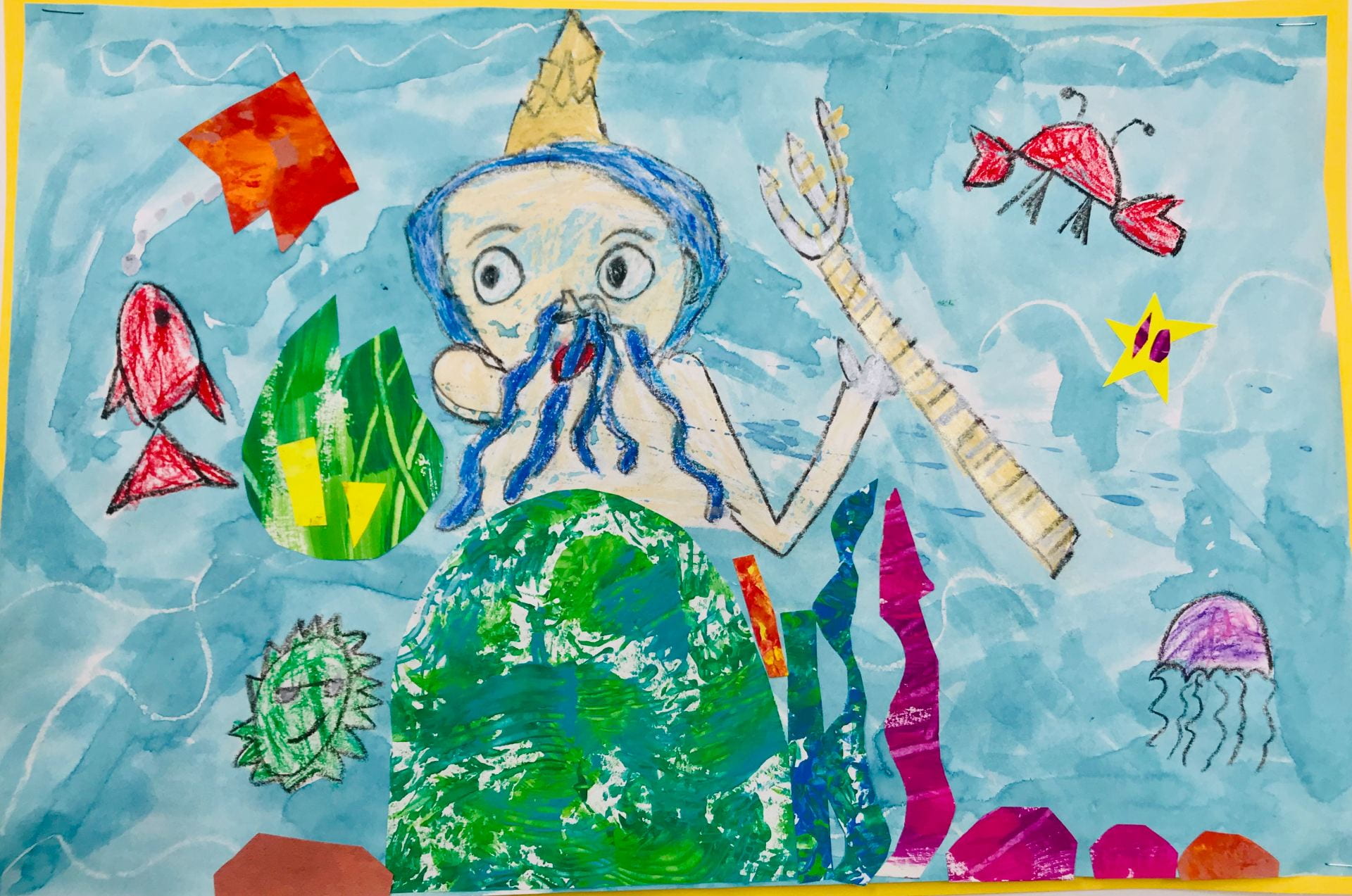 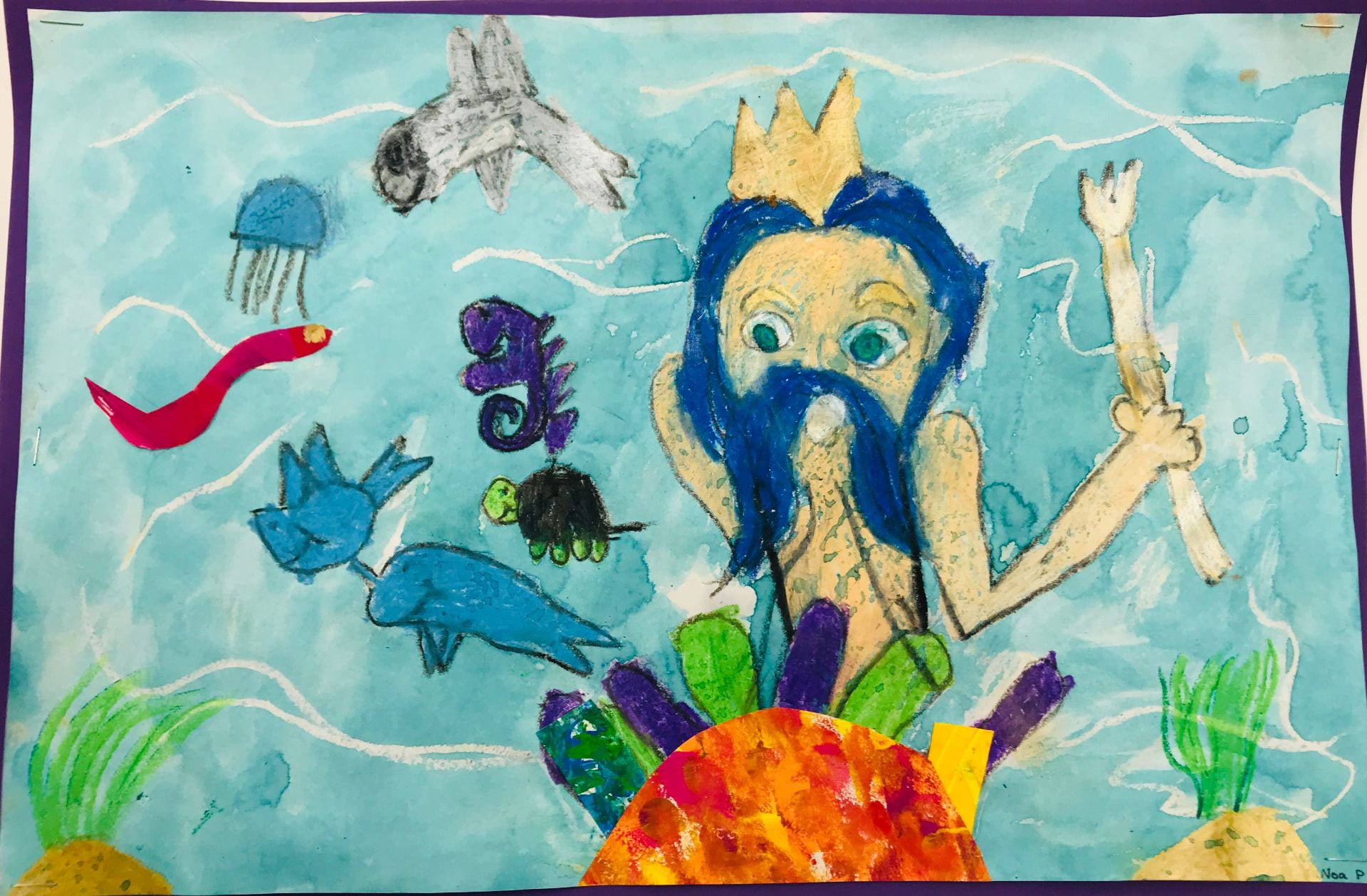 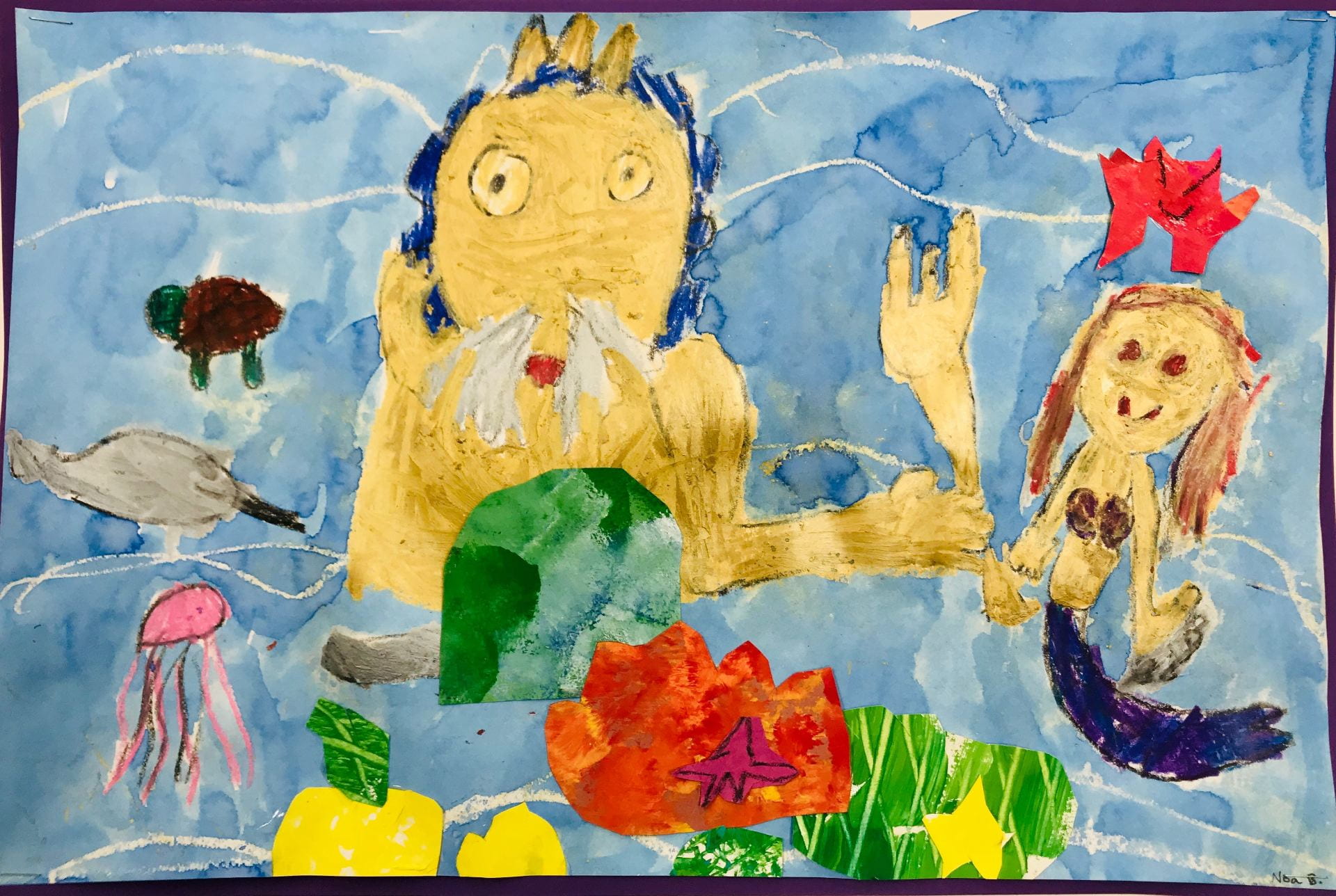 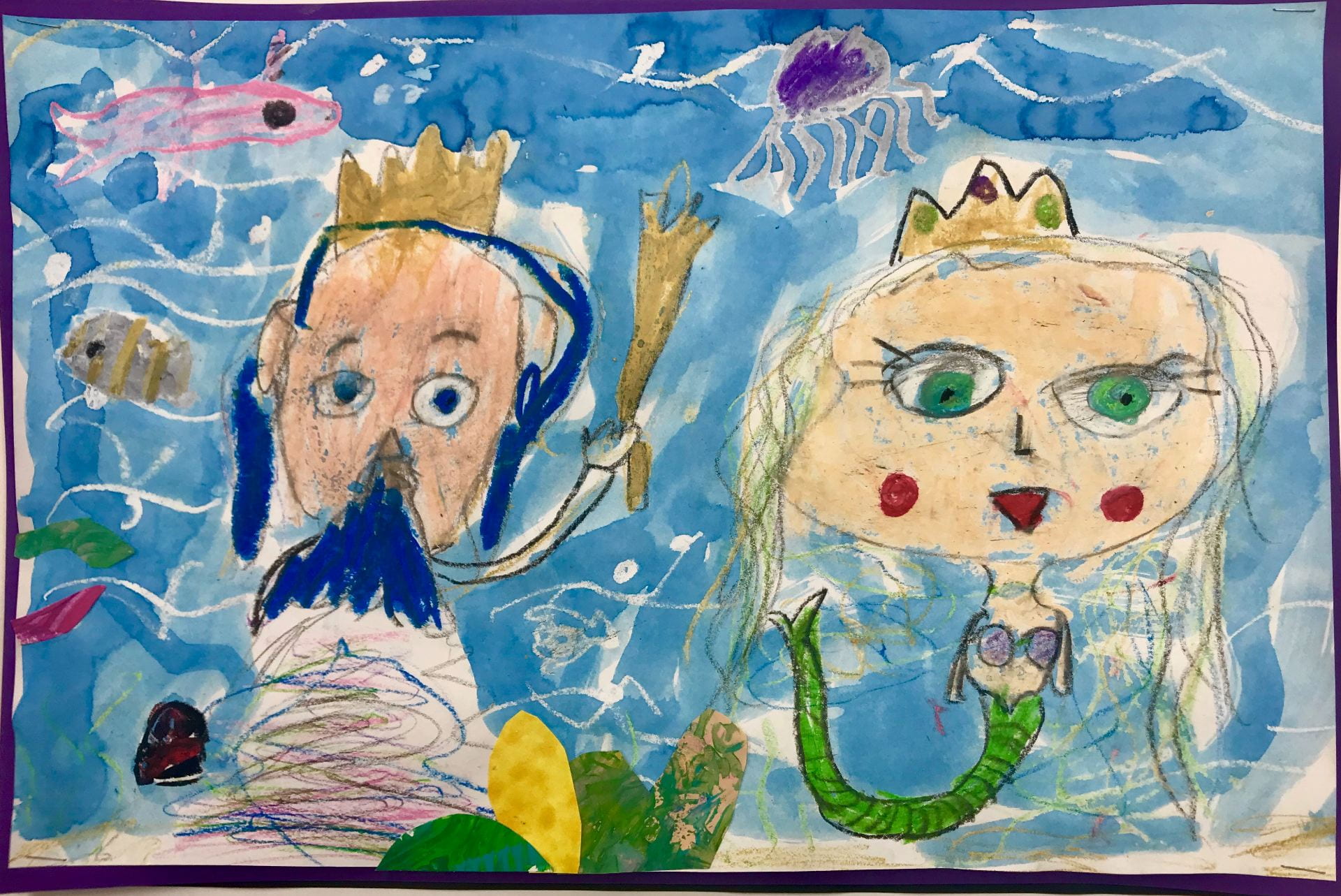 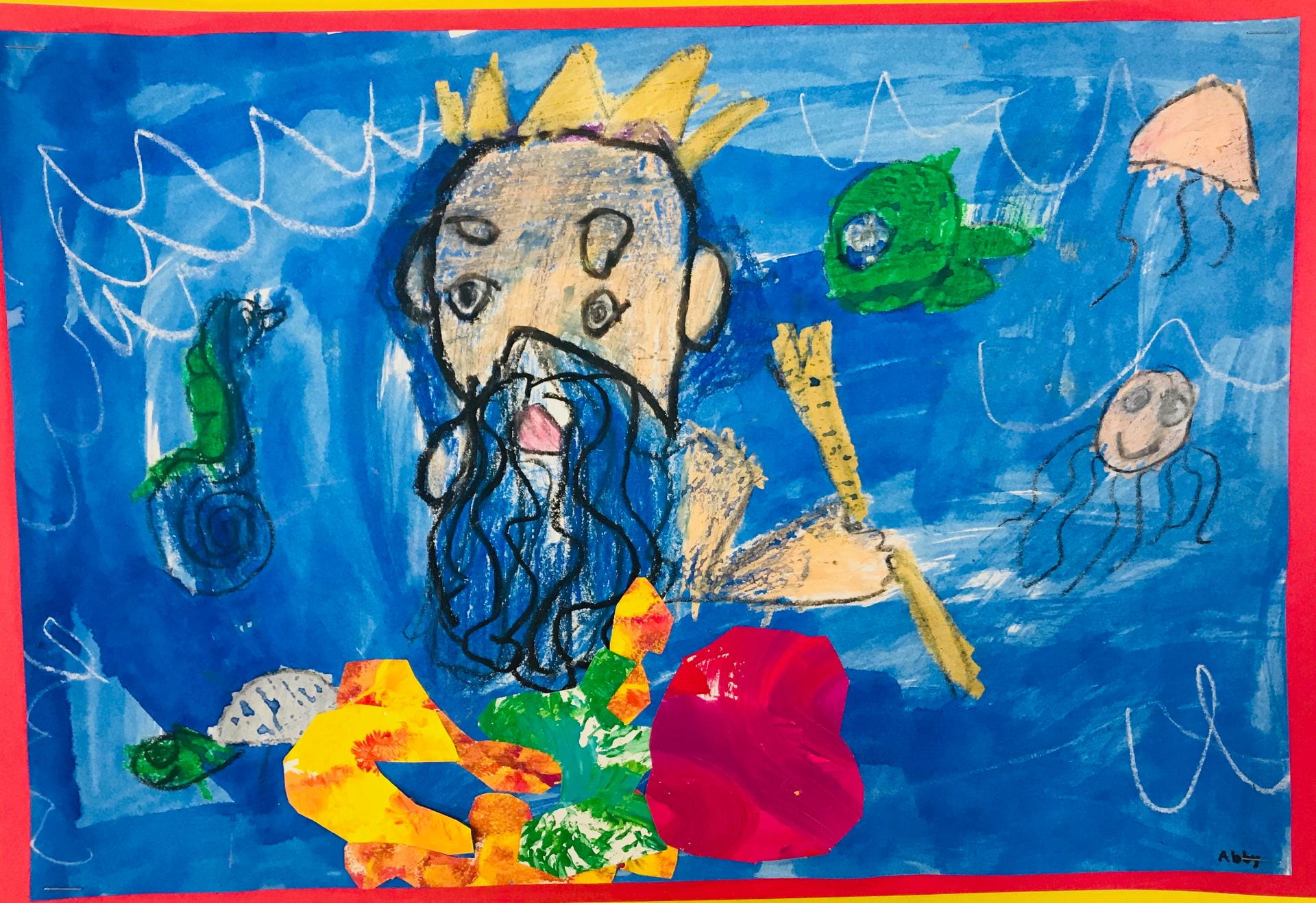